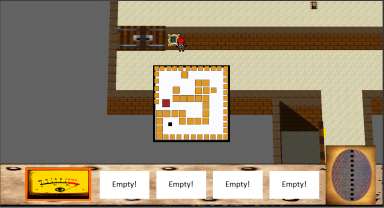 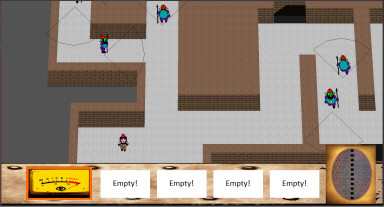 View of the level

Nº of members in the team: 3 programmers

“V of Vicci” is a 2D top down scrolling stealth platformer mixed with some puzzles. In it, the player takes on the role of an intruder who infiltrates a complex, evades its security and breaks its locks to get the treasure.

Even if my main role was the designer one, there was much more work than members in the team and each one had to get in charge of more than one thing at the same time. So, once the main design of the story, the characters, the mechanics and the first level was done, I immediately started coding the HUD and the representation of visibility, life and inventory it contains, the puzzles for unlocking the doors, generating the levels or creating some art among other things.